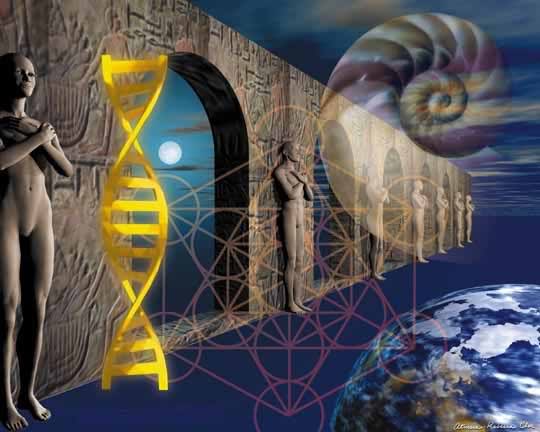 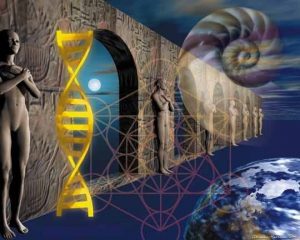 The word Geometry is Greek for GEOS, meaning earth and METRON meaning measure. Geometry was extremely important to ancient societies and was used for surveying, astronomy, navigation and building. Geometry is the study of angles, triangles, perimeter, area and volume. It is the measure of Earth. 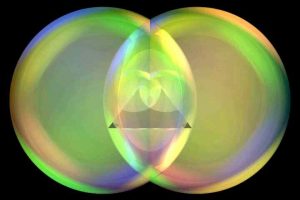 Anybody can draw a form in geometry and it is just geometry, but when you ad the Absolute or consciousness and the opening of the heart to geometry, you create Sacred Geometry. Sacred Geometry is about how to open your heart and evolve the consciousness through geometric shapes. These shapes and patterns are linked to the evolutionary transitions of the mind, emotions, spirit and consciousness. In other words it is atonement, or letting go of the EGO mind to reconnect to the Universal mind or Omnipresent.

Sacred Geometry means it is mathematically time to remember who we are and that we are the Creators of our world. Sacred Geometry reveals the precise way energy of creation organises itself. It is an ancient science that explores & explains the energy patterns that create & unify all things. Sacred Geometry is a Blueprint (plan) of creation (formation) & genesis (all things new, new generation) of all form. The genesis is the new beginning of humanity and the self realsiation we are all ONE and have never been separate. 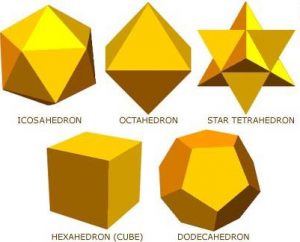 The five geometric formations are known as PLATONIC SOLIDS. All their edges are equal in length, each of their surfaces have the one consistent angle, while the point of each intersection between each surface would fit in to the surface of a sphere. They are known as the building blocks of our body and Universe. In ancient Mystery Schools in Atlantis and Egypt, crystals formed in to the dimensions of the 5 platonic solids. These crystal solids were laid on the body in such a way that the more refined elements within earth, air, fire, water and ether could filter through in to the body via the crystal and corresponding chakra, so that the body could begin a divine self healing and ascension process. (This is taught in Module IV).

In Atlantis and up until now, there has been specific shapes, called Platonic Solids used to represents specific meanings. The new ascended sacred geometry is the integration or restoring of everything to a whole as it once created. There is no more rigid shapes but more fluid understanding that all is energy and that everything fits in to the sacred sphere, which represents the whole and unconditional love.

1. TETRAHEDRON (Fire)
Assisting in spiritual growth
Connecting to our Higher Self 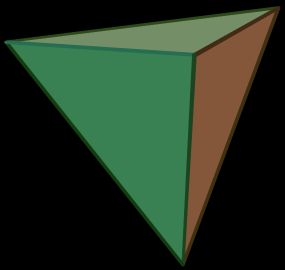 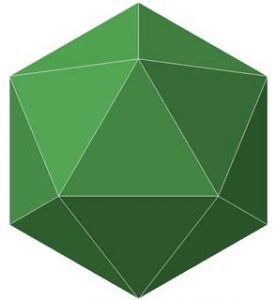 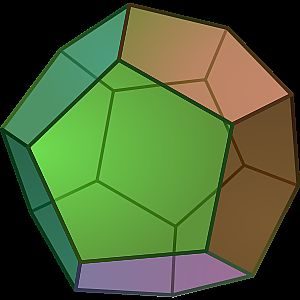 Integration
Allowing the metaphysical principles in to the physical
As above, so below 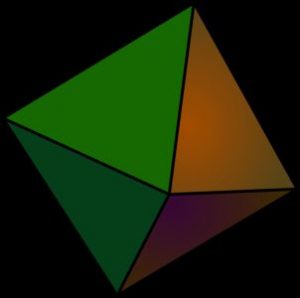 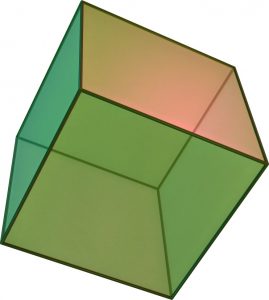 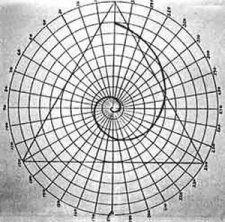 In general, because the Golden Mean has no beginning and no end, it then becomes a fairly good metaphor for spirit in a material reality. The Golden Mean or SPIRIT, can be observed, but it can not be bound at its beginning or its end. The Golden Mean Spiral has an additional aspect to it that warrants closer observation.
One of the characteristics of the Golden Mean Spiral is that it continues on in ever diminishing spirals. The spiral soon becomes so infinitesimal that, it could break the plane of one dimension and enter another dimension. (Discussed in Module IV) Once it breaks the dimensions or illusions, it continues to spiral up and down to break dimensions and illusions so that a truth may be seen back to the ABSOLUTE. The speed of the spiral is the speed of light. If we view the Universe in it’s natural non linear state that encompasses all dimensions and frequencies, then when we break the plane of the 3D we enter back in to space of all frequencies or eternal transcendence. In the non physical dimensions all things are in eternal transcendence and occupy all frequencies – light speed and beyond.
When the Golden Mean enters the 3rd dimension from the higher state frequencies, it enters a dimension bounded by time. When the spiral (inside the 3D) spirals infinitely smaller to break the plane of the 3D it then enters back in to the dimension of higher frequencies and eternal transcendence. On the other side of the 3rd dimension are the higher frequencies and beyond. The Golden Mean then can be used as a symbol for spirit in the material, and a symbol for the integration of the physical & metaphysical threads intertwined. This is the understanding of parallel universes coming together as ONE and known as the age Aquarius. The oneness refers to ABSOLUTE LOVE & EMPOWERMENT and only comes from the heart or one heart beat – the absolute omnipresent. These multi level and parallel realities coexist, overlapping with the reality of other people and they co create a cohesive and holistic spectrum of realities and possibilities that line the fabric of the infinite.
FIBONACCI 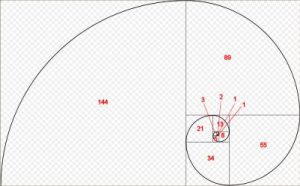 The Fibonacci spiral has a definite beginning but not necessarily an end. Once begun, the Fibonacci spiral can continue on into infinity. The Fibonacci sequence possesses a unique property. Different from the Golden Mean, the Fibonacci begins at ‘0’ or ‘1’ but quickly approximates the Golden Mean with ever increasing accuracy. The Fibonacci sequence seems to be strongly attracted to the Golden Mean Sequence (phi ratio) and tends to mirror the phi ration (1.6180339….) The Fibonacci will mimic the Golden Mean sequence spiral until eventually they look the same except the Fibonacci has a specific beginning. Where the Golden Mean is the symbol for Spirit, the Fibonacci is the symbol for physical incarnation ….. combine the two to get ‘spirit incarnating in to the physical and attempting to perfect itself to ideal’.
Forgetting our Truth of our being, and without full memory of the whole and integrated picture of the Universe, we commence our young lives in a seemingly erratic pattern of identifying ourselves as purely physically beings that are mortal. As we gain experience and wisdom through the physical incarnations, we begin to sense and discover our spirit and begin the process of identifying ourselves more closely with our greater selves or our omnipresent universal mind. This growth and connection with the Golden Mean, Fibonacci Sequence and connection is called the atonement and manifests as cleaning the mind, emotions and desires in order to bring a clear temple that enables the mind, body to become the best receiver for the new spirit. (Also know as Genesis). From this a bridge is built between dualities to bring about the ‘one’ instead of dualities. Einstein also referred to this as ‘The bridge between the conscious and subconscious brain is intuition’. From this comes the understanding that everything is possible and potentiality and can be accessed at all and any time. All physical limitations dissolve, just like the teachings from Lemuria. 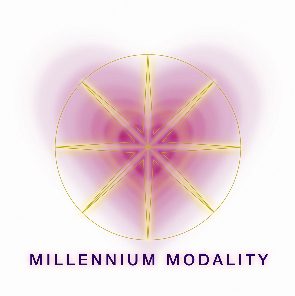 All of these ancient teachings relate to returning to love and working from the heart. (Taught and experienced on the Millennium Modality™ – Medical Intuitive Course I, II, III, IV). When we work from the heart and know we are absolute love and empowerment, life is peace and harmony. When we understand we create everything in our world, we experience miracles. Working from the heart creates a world of no dualities and no egoic identity. The cleaning up of the separate mind is called the atonement. The change is in our perception and this is called ascension.

In this next Millennium (1999 – 2999) we will ascend and have an atonement to understand we are all one and we are pure perfection. We are in different stages of remembering. The memory is triggered and recalled through out the teachings of the Millennium Modality – Medical Intuition. 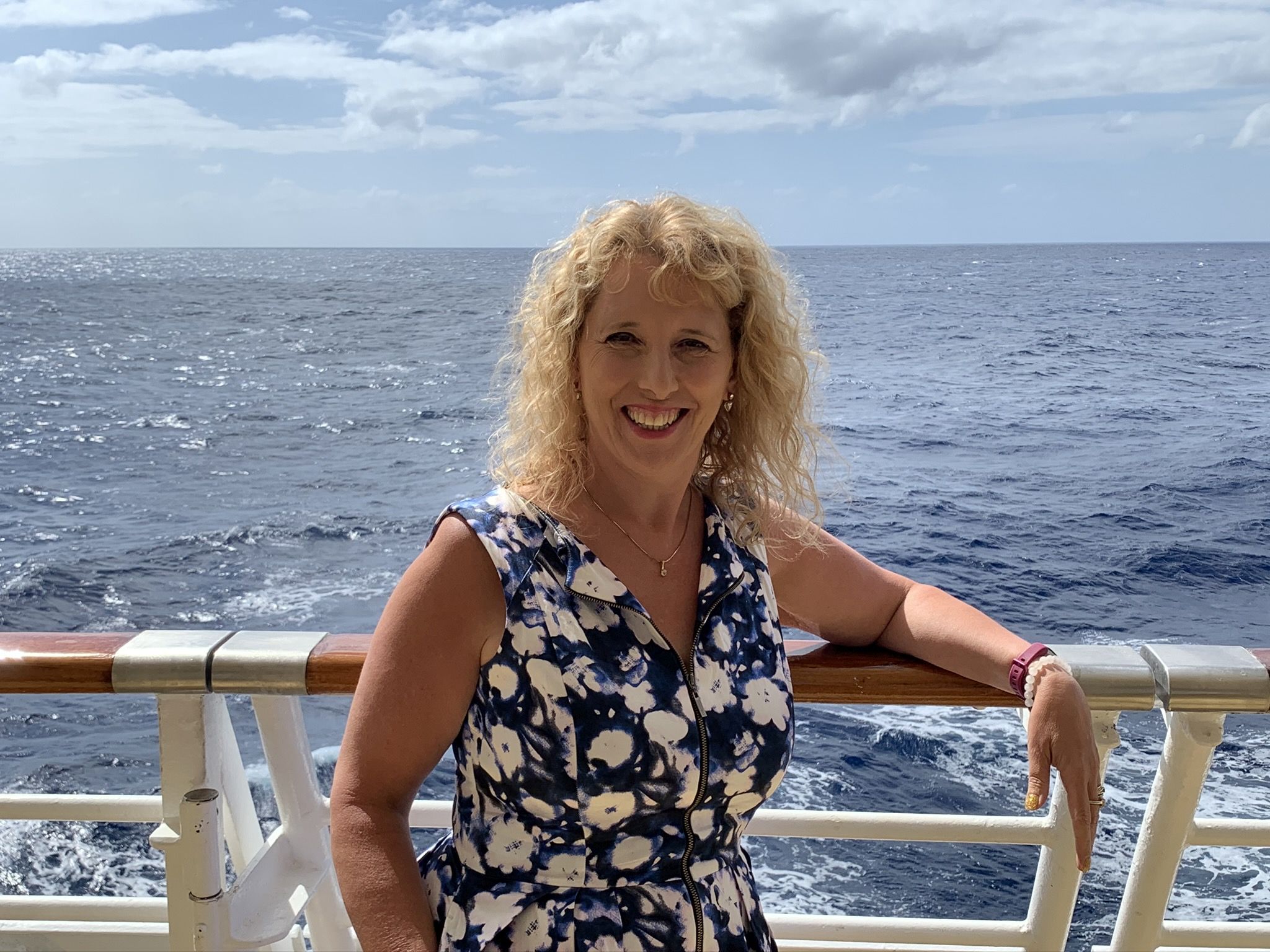 Guess where I am as I release this newsletter? I am a Keynote Speaker on a cruise ship to Vanuatu... 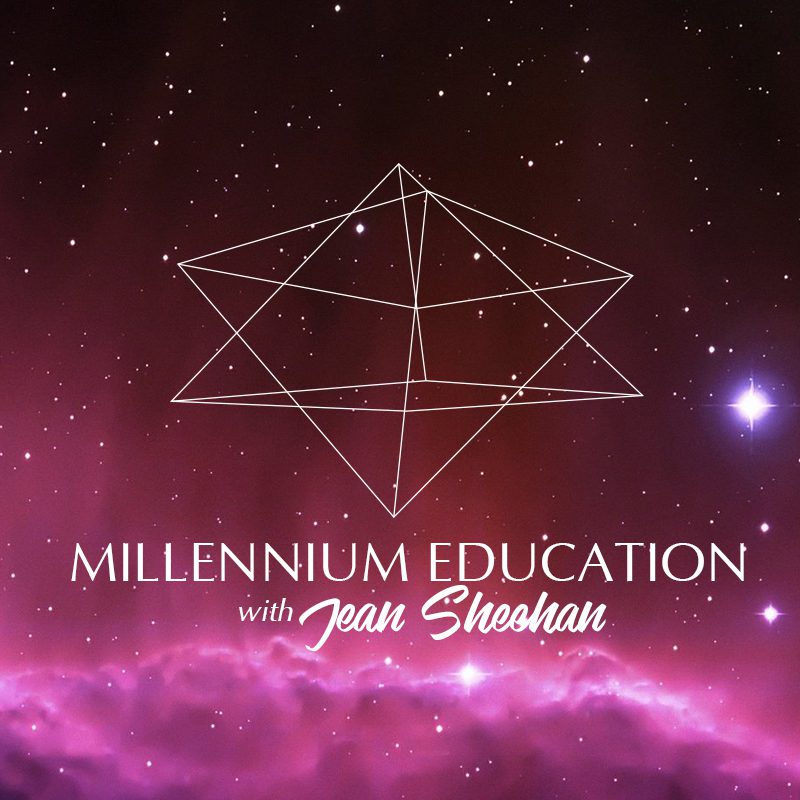 Light language allows us to pick up information from realms beyond what is commonly accessed... 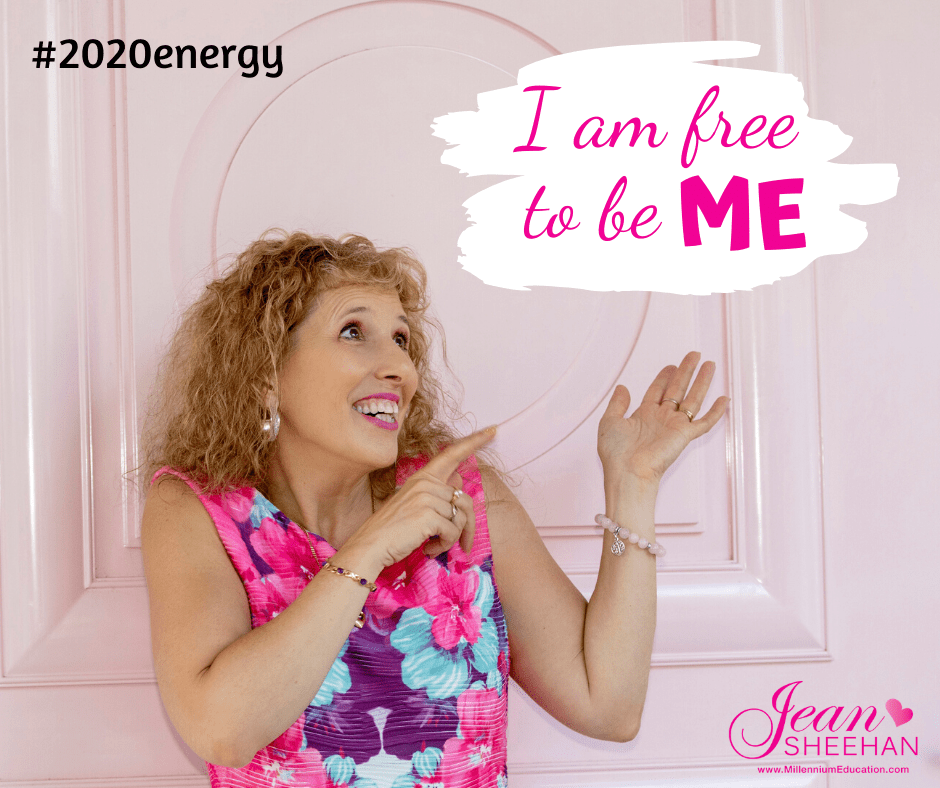